COVID, Life, Works in Progress, Italy, And Everything In Between

February feels like years ago, doesn’t it? Since then, we’ve launched and completed our first successful Kickstarter (which Marzio will tell you more about in a later blog post), shipped out hundreds of hardcover first editions of The Unseen Hand around the globe, and yeah… we’ve been hit by a plague of epic proportions. A pandemic is not something any of us imagined outside of post-apocalyptic fiction, but alas, it’s changed all of our lives.

My family, like everyone else’s, has experienced severe ups and downs. In New York, all of us know of someone who has lost someone. COVID took the life of a family friend who I respected and sickened several others close to me. My brother lost four high school friends (all in their 30s). My father fell ill in January with a mysterious illness and has struggled with dizzy spells, seizures, and a slew of other symptoms. He’s gone to the hospital twice now, and doctors still can’t find the cause of his illness. The silver lining is that he didn’t (also) get COVID. While all this was happening, my parent’s house flooded with raw sewage, and my sister in law fell ill with not one but both strains of the flu. My life has been rocky, and my successes have been bittersweet. At one point, everyone was unemployed, and my whole family moved into my house. Long story short, I’m stressed out.

But that’s not the point of this blog post.

I want to tell you about Daevil’s Tears (my current WIP) and how it’s helped me cope with all of this. I haven’t gotten a lot of time to write in the last three months, but that doesn’t mean I haven’t been working on my story. Writers work even while they’re not actively typing. I mull over Daevil’s Tears in the shower, in the garden, while I’m cooking, and doing chores.

My husband and I haven’t had a proper vacation in a while. We had planned to go to England to meet Monte Don, our gardening superhero, but the garden show was (you guessed it) canceled. Normalcy has permanently been put on hold. These days, joy comes from the little things; saving a bee stuck in the house, biweekly rides to the supermarket, handwritten postcards, Discord meetups, and starting seeds.

Is it any wonder that my brain is elsewhere? 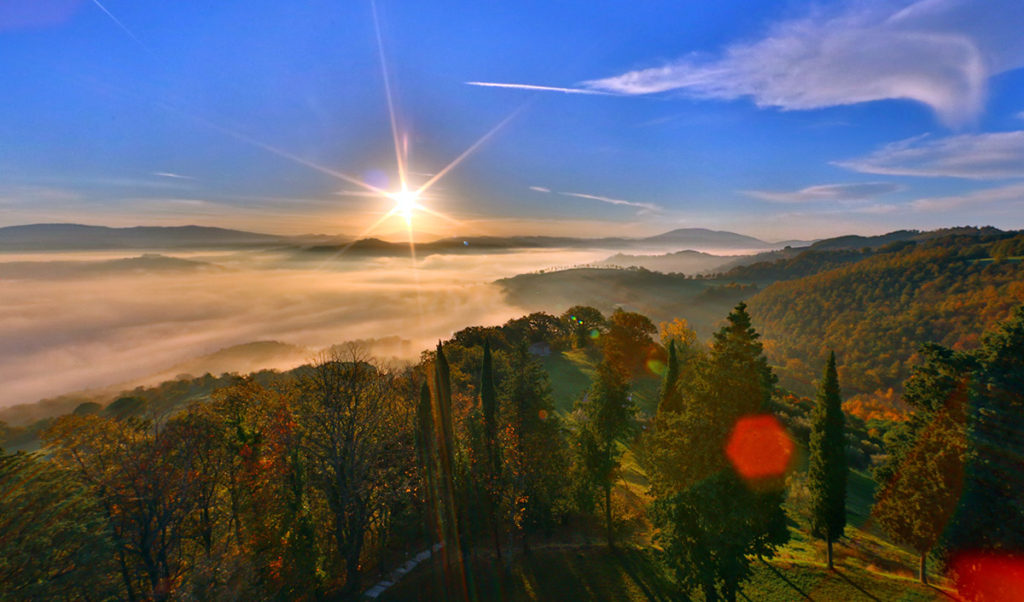 Daevil’s Tears (formerly The Secret of Dom Arjona), takes place in our fantasy world of Laremlis near the city of Mencello in Calantia. Calantia is our version of a 17th Century Italy with feuding warlords scattered across competing city-states. The book is epic-fantasy transgressive erotica (a mouthful, I know). Someone recently asked me to describe it one sentence, and I replied: Downton Abbey meets Story of O in a fantasy Renaissance Italy with magic and monsters. Plus religious cults, secret gardens, mind-altering drugs, a foreboding old house, frescoes that come alive, and scenery straight out of the Umbria hills.

Damn it, I miss Italy and travel in general.

In March, I read the news with awe-struck horror as the death toll climbed in Italy. Of course, we were about two to three weeks removed from the calamity–but the rhetoric those days was still, “It’s a Chinese disease.” Boy, were we wrong. As writers, we’d be hard-pressed to write fiction that comes close to the levels of incompetence we’ve seen in the last few months. Those of us who fooled ourselves into believing that our government had a plan are now fully aware of that fallacy. The smoke and mirrors show that is the Trump White House continues to astound, and over 100K people have died. Trump should be pleased; we are, after all, number one in the world of casualties.

Before I start foaming at the mouth, let’s get back to–Italy. 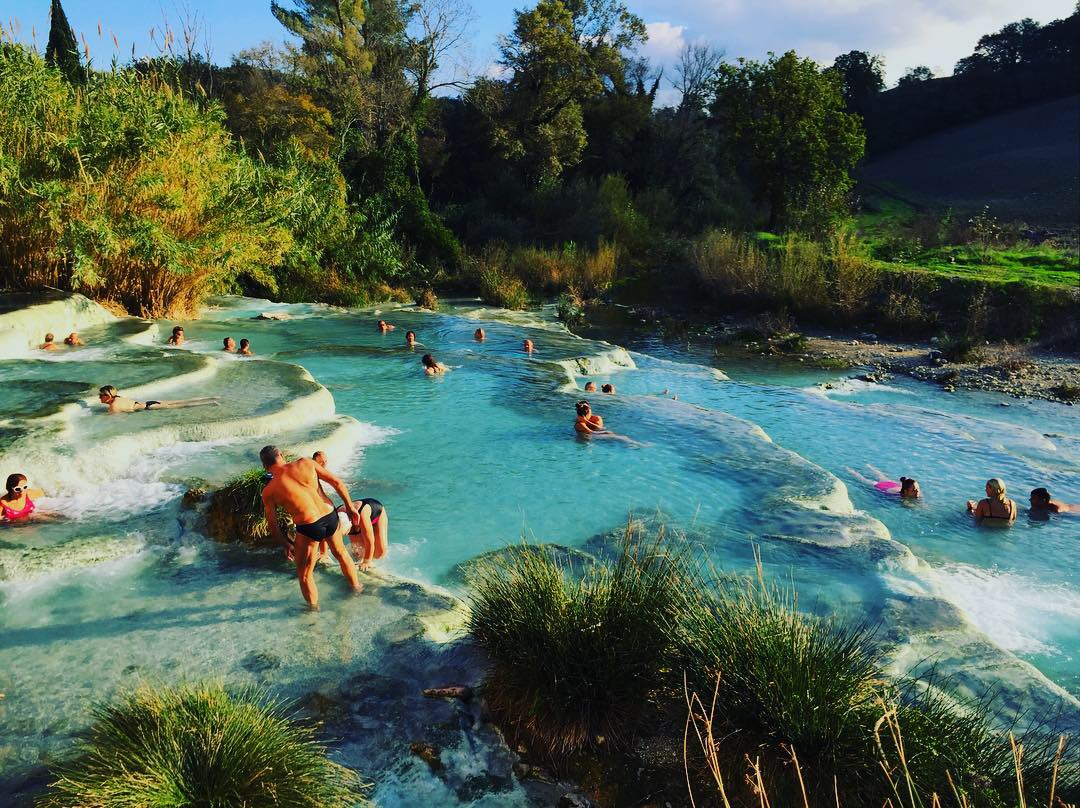 I’ve traveled to Italy many times since the 1990s. Travel is my happy place, and the one activity I can always count on to replenish my creative batteries. When I sit still too long, I start to get grumpy. Getting on a plane and lifting off is always cathartic for me. Maybe it’s because the first time I set foot on a flight back in 1983, I left my whole life behind.

I first visited Italy when I was 15, and I traveled by myself. My parents couldn’t afford to go with me; thus, they trusted me to travel unaccompanied. I know it sounds crazy, but it involves a promise made when I was six and a father who believed in dreams so fiercely that he shifted the world, reality, and everything in it, to prove to his daughter that magic was real—a tale for another day.

Italy changed my life. Bernini’s genius, Michelangelo’s Sistine Chapel, and the artistic wonders I witnessed proved to me that I wanted to pursue a creative life. That trip made a powerful impression. I walked the streets of Capri, kissed my first hot-blooded Italian in a ship’s broom closet, and got whisked away on a moped to a boy’s house where his nonna served me a plate of pasta. In Sorento, drunken guys serenaded me and later bought me ice cream. The Italians, it seemed to impressionable me, knew how to live. And I wanted more.

Several years later, I wound up at the Venetian carnival and had my heart broken by a cheating ex-boyfriend. Not wishing to let that sourness color Venice, I made it a point to return the following year with a new boyfriend. That lucky man is now my husband. And as it happens, he adores Italy. Together we’ve wandered the ancient streets of Pompeii, drank vino in the playground of popes and Doges, scaled duomos, dined with the descendants of Machiavelli in forgotten castles, and basked in the thermal waters of Saturnia.

I wrote my first novella, The Olive Grove, after an outing to Hadrian’s Villa while sitting in the frescoed hunting lodge of the Dukes of Lante della Rovere.

My latest work in progress draws on my Italian experiences, Mediterranean living, and Tuscan cuisine. The world-building has been fun because the customs, locales, and characters are familiar yet unexpected. I’m drawing inspiration not just from my travels but several books as well. Ouida’s gothic masterpiece In Maremma, which I read back in December, left me breathless. Ouida was penning willful heroines one hundred and thirty-eight years before they trended. The influence of Hawthorne’s French and Italian Notebooks and The Marble Faun factor heavily in this tale. The ancient tower in my book harkens to Donatello’s crumbling family seat. Edith Wharton’s Italian Villas and their Gardens influenced my fictional garden design, and Herbert M. Vaugh’s The Naples Riviera shaped the streets of Mencello. 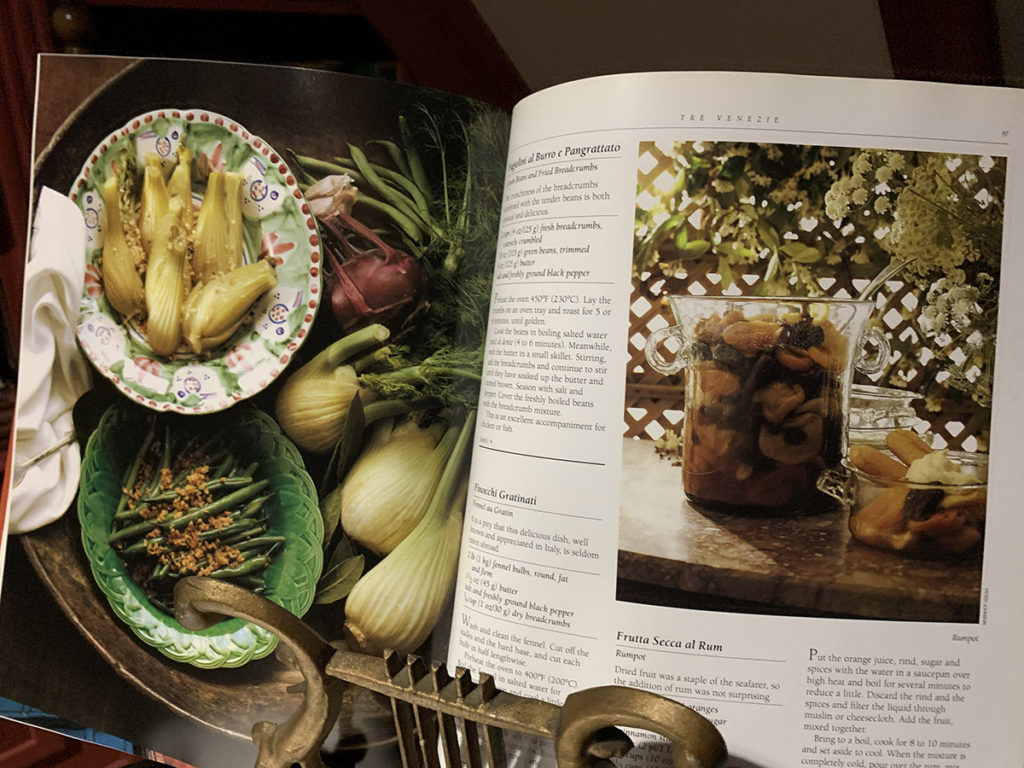 My MC, Lorel, is an impressionable peasant girl who lands a job as a scullery maid in a grand house with rich culinary traditions. For inspiration, I’ve turned to 19th Century references as well as modern cookbooks in my library. Since I’m now cooking every night, book research often manifests at my dinner table. Dishes such as chestnut cakes, bean stews, roasted eels, herb-rubbed peacocks, and other traditional dishes have gotten the fantasy makeover. Silly me envisions the “Laremlis Fantasy Cookbook” being published one day. If JRR Martin can have one, why can’t I?

Many of you have asked me when it’s going to be released. Well, here’s the truth. As I neared the end of Daevil’s Tears (literally the last chapter), I stumbled upon a new idea and started to shift the plot. Yes, you heard correctly. At 110K words, I decided the story wasn’t working. Since then, I’ve had to backtrack, revise, salvage, and write forward from about the middle.

Eden Connor, an author buddy, recommended I read a book called Write Your Novel From the Middle by James Scott Bell, and thank God I did. This book rearranged my thinking and helped me fix issues with my plot. I can’t recommend it enough. 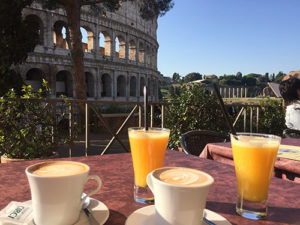 While the original concept was strong, it was too dark. Don’t get me wrong, the new direction is far from a fairytale, but it’s a journey that I can at least savor. When we’re grappling with social isolation, mental fatigue, sorrow, and stress, the need for escape is healthy and worth pursuing. I came across a great quote today by Mason Cooley that made me feel good about my story realignment.

“Reading,” he writes, “gives us someplace to go when we have to stay where we are.” As does writing.

COVID has changed the way we do a lot of things–travel perhaps most of all–but we are not helpless. As writers, we have a unique ability to create worlds that parallel our reality that offer an escape when we need it most.

The bad news is that Daevil’s Tears is not as close to being finished as some of you wish, but the good news is that this new version of the story will thrill you and whisk you away to the magical Italy of my dreams.